Dubai is the capital of the emirate of the same name in the United Arab Emirates and also the most populous city in the country. The designation Dubai City is used to distinguish it from the emirate. It is located on the shores of the Persian Gulf. Almost all the economic, social, cultural and political life of the emirate takes place in its capital, where approximately 99% of the emirate's population lives. Many residents of the city live due to lower rents in the neighboring emirate of Sharjah, which is adjacent to the city gates. 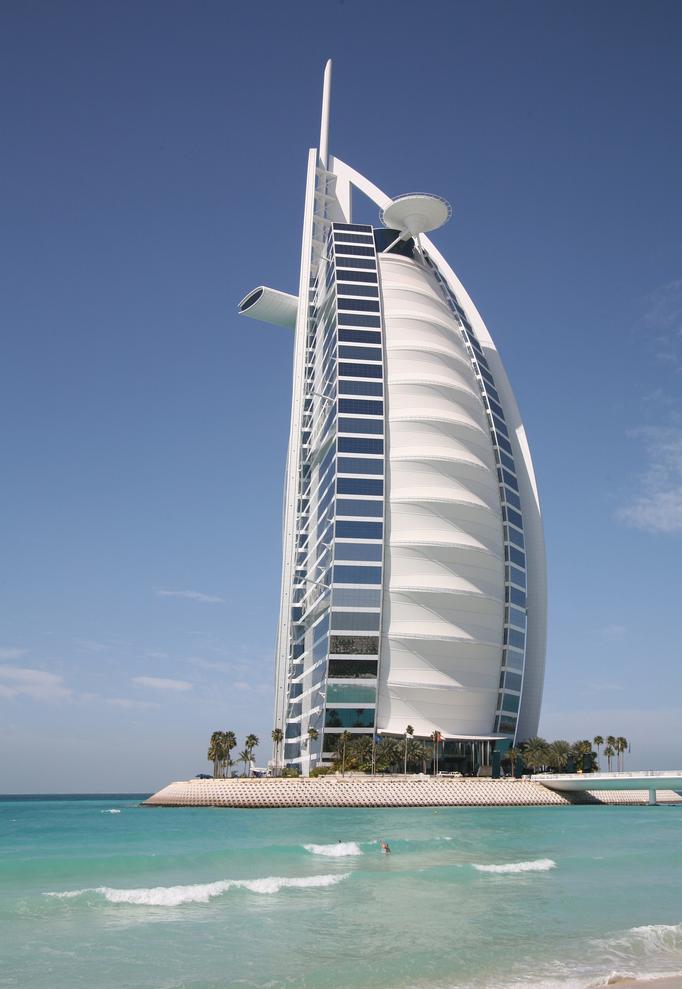 Location and parts of the city

The city lies on the northern edge of the emirate. It is part of an agglomeration made up of the merging cities of Ajman, Dubai and Sharjah, each of which is the capital of an emirate. The city of Dubai is divided into two parts by the Gulf of Dubai, which is often mistakenly described as a river, but is a promontory of the Persian Gulf. These parts were in the past the separate cities of Deira on the north side and Bur Dubai on the south side. Today, the city of Dubai is divided into 14 districts, al-Hamriya, al-Karama, al-Chabisi, al-Ras, al-Satwa, al-Wasl, Bur Dubai, Deira, Hur al-Anz, International City, Jumeirah, Umm Suqaym , Za'abeel and al-Qusais, Dubai Marina some further on to the districts.

The historic city of Deira has 17 districts, each district marked on the public area with a sign with a map of the street network and the numbering of the streets. Numbers are a remnant of the old British orientation network due to the stopping of some blocks or entire alleys, and neglecting the signage often makes it very difficult to find the right address because the numbers do not follow each other, some are completely missing and others are replaced by street name only.

The city has been administered by the Dubai Municipality since 1954, but the entire territory of the Emirate of Dubai is covered, as the emirate is not divided into lower administrative units. This institution is in charge of the day-to-day affairs of the emirate, which the emirate's ruler does not reserve for himself, but at the same time is subordinate to it. 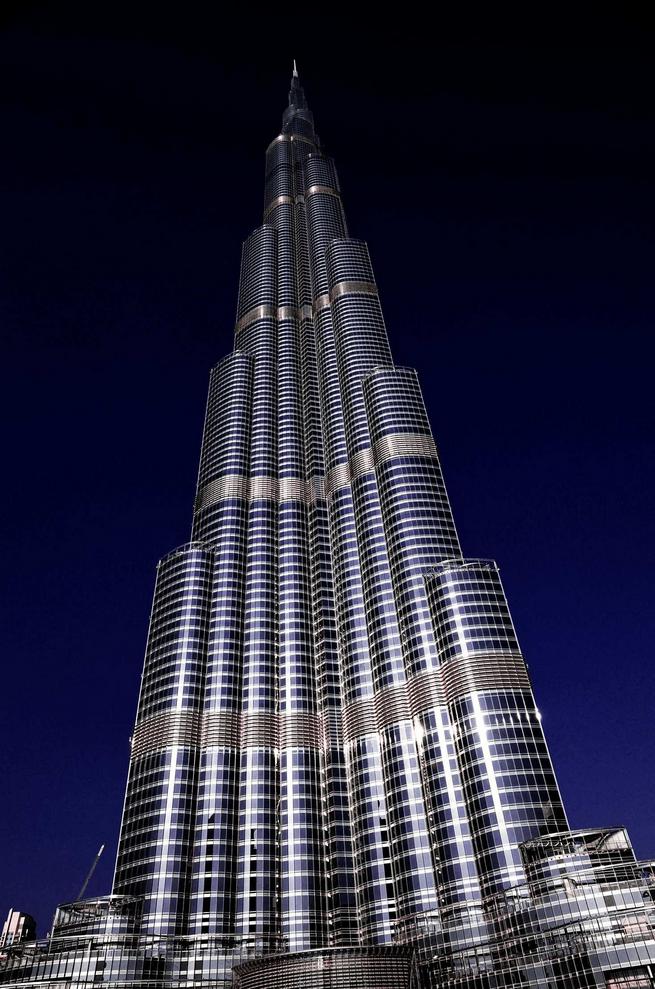 Because there is a border with the neighboring emirate of Sharjah on the north side of the city, the city is developing mainly south along Jumeirah Beach, Sheikh Zayed Road and inland. One of the new malls, the Dubai Mall and dozens of skyscrapers with the world's tallest building, the Burj Khalifa, was built near Sheikh Zayed Road. Other centers continue in the metro axis: financial and business (World Trade Center, Financial Center, Business Bay, Noor Islamic Bank), internet (Dubai - Internet City), port and hotel center Dubai Marina. Dubai continues to expand towards the sea, where it has so far created four magnificent artificial peninsulas. Of these, three are palm-shaped called the Palm Islands (the westernmost of which is called Palm Jebel Ali, the middle is Palm Jumeira, the eastern is called Palm Deira) and one is an oval archipelago called The World, because it forms a world map with its islands; other hotel complexes are, for example, Jumeirah or Nakheel Harbor and Tower.

Dubai's development is blamed for human rights violations, human trafficking and very poor working conditions. This practice is nicknamed "modern slavery." Hundreds of thousands of immigrants from poor South Asian countries work in the city (on construction sites and in hotels). They are attracted to the United Arab Emirates for fake and too high offers. Workers work here around 14 hours a day, 6 to 7 days a week, without compliance with safety regulations and in the sun at temperatures up to 50 ° C. Foreign workers usually do not sleep directly in Dubai, in the evening for they are laid down in the midst of the wilderness.

The city has a dense transport network, modern roads and highways, an automated metro network and two airports. The main artery of the entire city is the eight to twelve-lane Sheikh Zayed Road, which runs throughout the United Arab Emirates. The local road infrastructure experienced its greatest development at the beginning of the 21st century.

The Dubai Metro forms the city's modern, electronically controlled transport backbone. The operation was launched on September 9, 2009 by the first metro line, called red and consistently marked with this color. It has a total of 29 stops between Rashidiya and Jebel Ali terminals. It connects the city with the airport, among other things. Exactly two years later, on September 9, 2011, a second, green line was opened, which also runs under the historic district of Deira through an underwater tunnel; by 2019, the Green Route had 20 stations between the final Etisalat and Creek. Most lines run over a suspension bridge overlooking the modern city district. All trains are automated, run without a driver, at peak times after 5 minutes, otherwise within 10 minutes. The operation ends at 11:30 pm and is extended on important holidays. Metro stations have an unmissable roof in the shape of a curved oval hat.

The first tram line was opened in Dubai in 2014, the line leads through the Dubai Marina to the Palm Jumeirah. The route has 14.5 kilometers and 11 stops. It is connected to the red metro line, specifically its stations Jumeirah Lakes Towers and DAMAC Properties.

As the fourth tram line in the world, it is not powered by electricity in trolleys, but is powered from the third (middle) rail, it is the Alimentation Par Sol system.

Long-distance buses transport the population to the capitals of other emirates and to resorts. There is not one main bus station in Dubai, but four smaller ones.

Taxis can usually be taken on the street and in all major shopping malls in Dubai. All official taxi cars have a sand color with a different colored roof. They are monitored by the city, have the same prices and standard of services. Uber or Careem are normally available in Dubai, and taxis can also be ordered by phone.

Headquartered in Dubai, Emirates is one of the world's largest airlines, carrying over 50 million passengers in 2015. Another major local airline is low-cost flydubai. 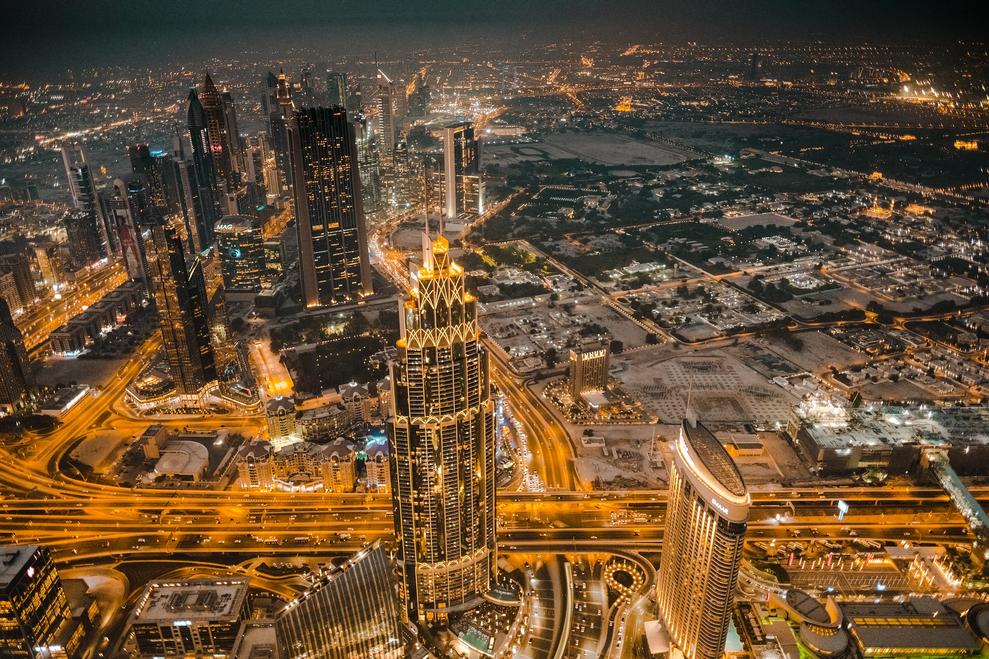 Dubai city is world famous for its pursuit of the largest and most expensive projects and constructions: