Traveling in the Czech Republic

You don't just have to go on holiday abroad, but you can spend it in the Czech Republic, which, despite its small size, has a lot to offer! In the Czech Republic you will find mountains, forests, cultural and technical monuments. The only thing missing is the real salty sea and the warmth of winter. In the following lines we bring you some tips for trips around the Czech Republic. 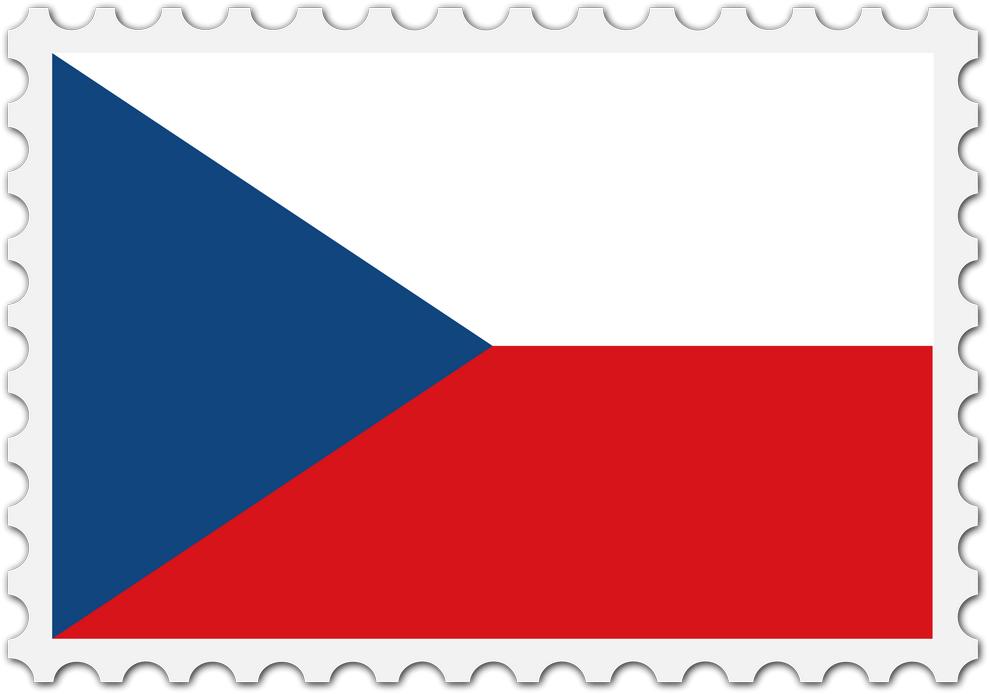 Czech cities have a lot to offer

Everyone knows Prague or Český Krumlov, so there is no point in writing about them. However, there are hundreds of cities in the Czech Republic. Are you interested in technology, mining or do you want to cool off in the hot summer? Then visit the mining town of Příbram full of technical and cultural monuments from the time of silver and other metal mining.

Příbram (German Freiberg in Böhmen, Przibram or Pribram, during the Pibrans Protectorate; in addition to the usual genitive Příbram, the older form of Příbram is also used in the names of the surrounding villages) is a town in the Central Bohemian Region, 54 km southwest of Prague in the area below Brdy on the Litavka river. At the beginning of 2016, 33,000 people lived here. Příbram was famous as a historic mining town, which is now reminiscent of the Příbram Mining Museum, one of the largest mining museums in the Czech Republic, which manages an extensive open-air museum. Now, after the decline of mining, it is known mainly due to the pilgrimage site of the Holy Mountain, where there is a Baroque monastery complex. It is located on a hill directly above the city center, connected to it by a covered staircase.

If you are a fan of modern Art Nouveau architecture, visit the city of hundreds of thousands at the confluence of the Elbe and Orlice - Hradec Králové - Salon republiky. You will be able to admire the quality modern timeless architecture of architects Josef Gočár and Jan Kotěra.

The city of Hradec Králové is famous for its modern construction, and was even awarded the designation Salon republiky. The beginnings of this intensive work of important architects belong to Jan Kotěr, the author of the Art Nouveau building of the museum. After the First World War, Josef Gočár became the chief architect of Hradec Králové, to whom he owed the construction of many buildings in the new part of the city, including the Railway Directorate on Ulrich Square (now the Regional Police Directorate). Tyl embankment (today's JK Tyl Grammar School and the adjacent former primary school), the premises of the buildings of the Choir of the Priest of Ambrose of the Czechoslovak Hussite Church, the building of the Municipality on ČSA Avenue.

Croatia and Slovakia are popular

Our country - the Czech Republic, is located in the middle of Europe, so it is logical that travelers and tourists most often go to Europe. And where exactly? Of course, our neighbor, with whom history connects us, is popular - Slovakia, the Slovak Republic. It is most sought after for its mountains (Low and High Tatras), for its cultural monuments or thermal baths. Instead of mud baths, people who prefer the sea in the summer months flock to visit sunny Croatia with its sea, national parks, the most famous of which are Plitvice Lakes, as well as historical cultural monuments, which can be found in Dubrovnik. 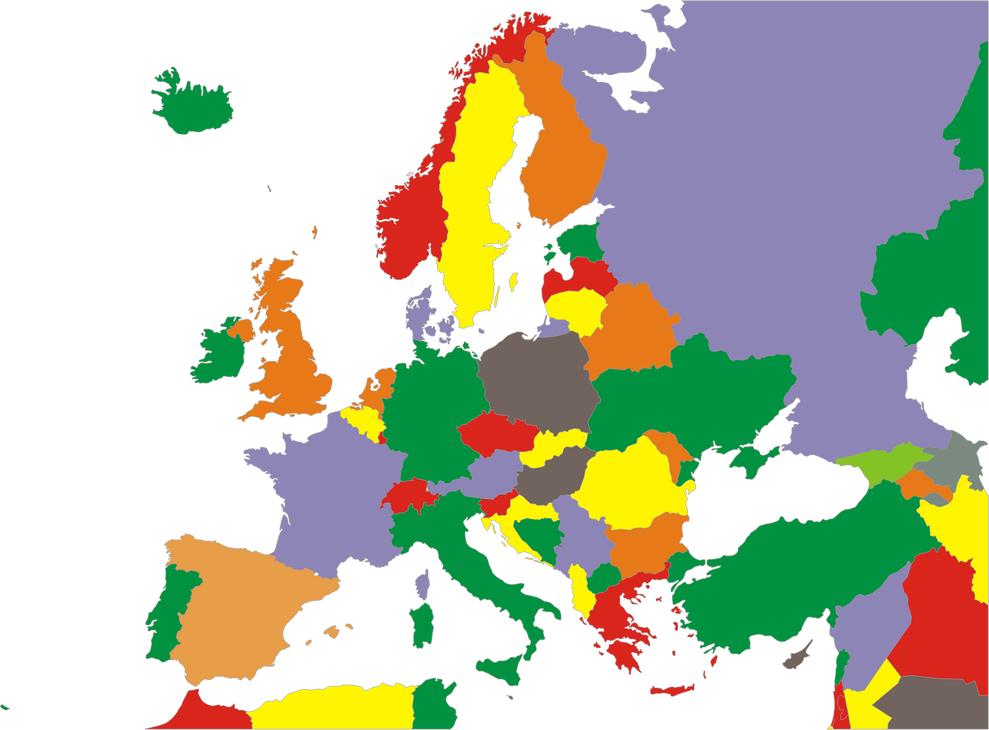 Europe is an armed territory either as one of the six continents in their traditional concepts or as the western part of Eurasia. It is bounded on the north by the Arctic Ocean, on the west by the Atlantic Ocean, on the south by the Mediterranean and Black Seas, together with the waterways that connect them, and on the east by Asia (there is no consensus on the exact course of this part of the border). It is the second smallest continent with an area of ​​about 10,058,912 km2 (2009) (about 7% of the earth's surface), but it is also the second most densely populated (about 72 inhabitants / km2), so about 742,500,000 Europeans (2013) represent approximately 9.6% share of the world's population (data for 2009). 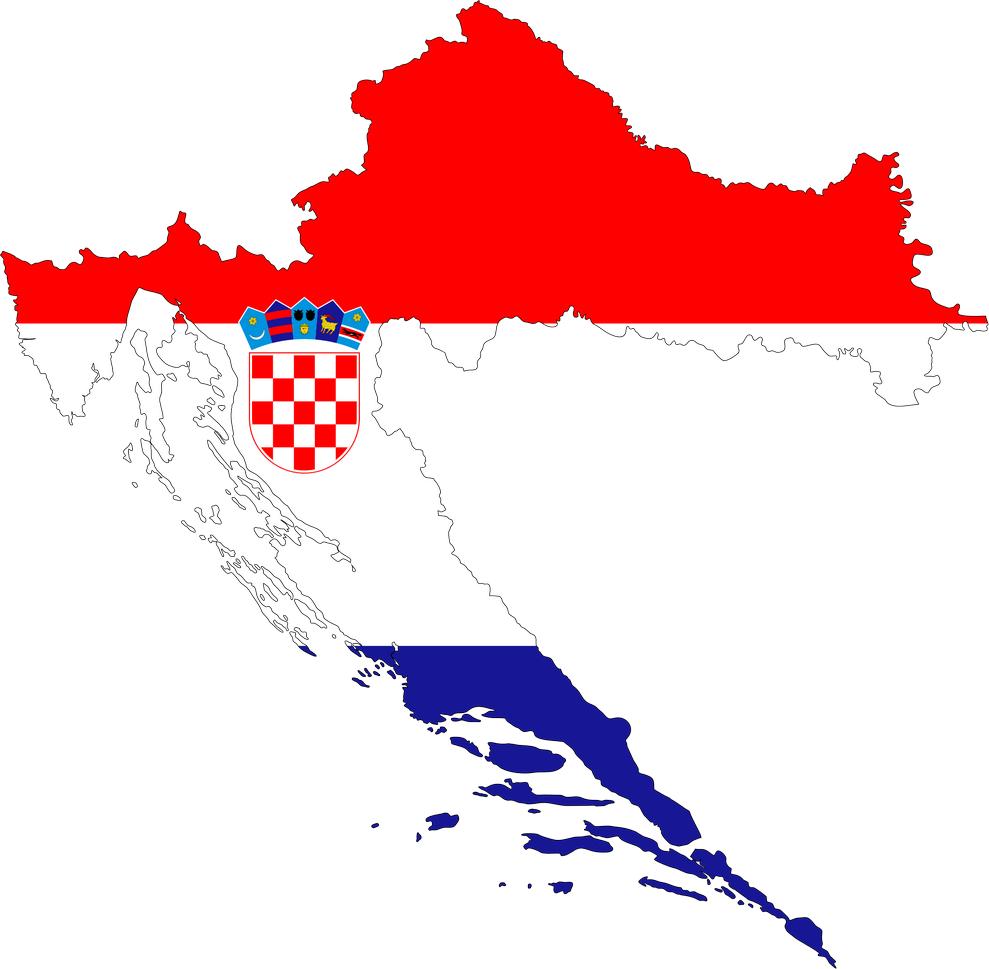 Croatia (former name Croatia, Croatian Hrvatska, Republic of Croatia - Republika Hrvatska) is a European state geographically located on the border of Central and Southern Europe; it is one of the successor states of the former Yugoslavia. Its neighbors are Slovenia, Hungary, Serbia, Bosnia and Herzegovina and Montenegro. Croatia is a member of the OSCE (since 24 March 1992), the UN (since 22 May 1992), the Council of Europe (since 6 November 1996), the WTO (since 30 November 2000), NATO (since 1.4 2009) and the European Union (since 1 July 2013). The capital is Zagreb, which is also one of the 21 local regions (county, Croatian: županije). The area of ​​Croatia is 56,594 km2, most of this area lies in the continental climate, the rest in the Mediterranean climate. The area also includes the area of ​​more than 1,000 Croatian islands of various sizes, from the largest with an area of ​​at least 1 km2, through smaller to very small cliffs. There are 4.29 million inhabitants in Croatia, most of whom are of Croatian nationality. 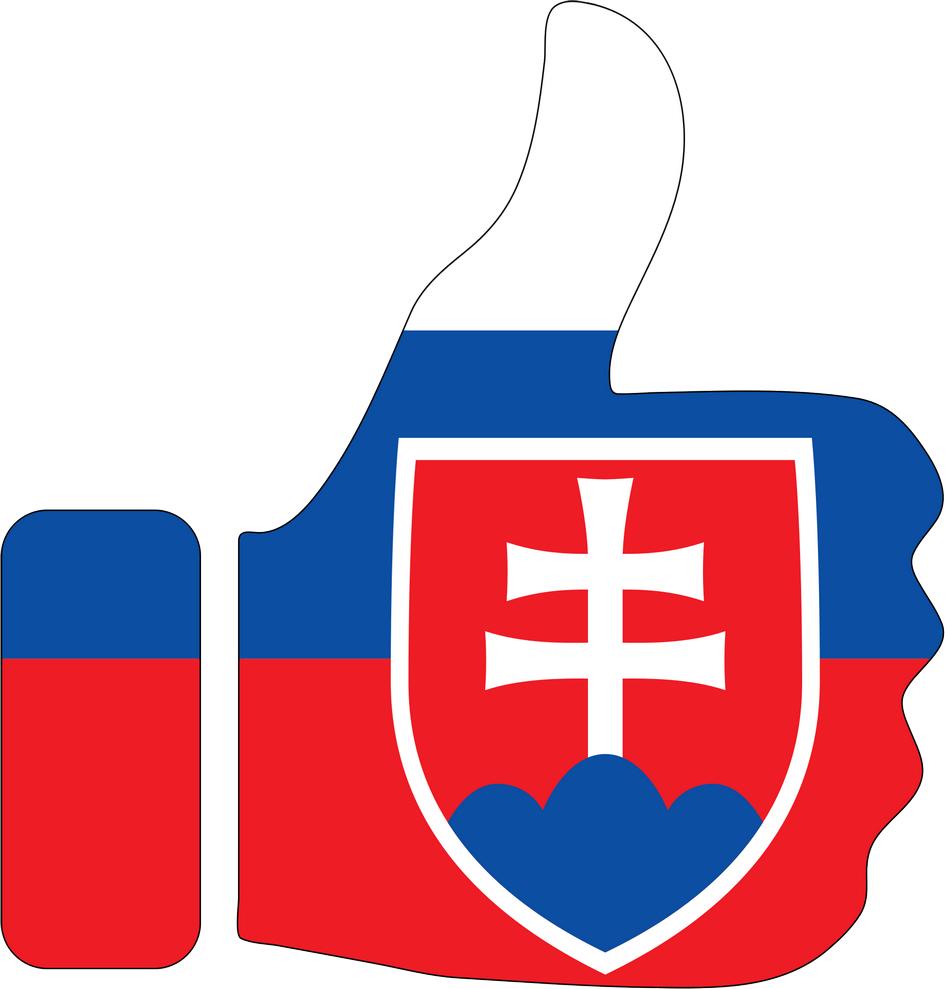 Slovakia, officially called the Slovak Republic, is a landlocked country located in Central Europe. It borders Ukraine to the east, Hungary to the south, Austria to the southwest and the Czech Republic to the west and in the north with Poland. In 2013, approximately 5,410,728 people lived here. The capital is Bratislava, the official language is Slovak. Slovakia is a member of the UN, NATO (since March 29, 2004), OSCE (since January 1, 1993), WTO, IMF, World Bank, Council of Europe (since June 30, 1993), EU (since May 1, 2004) , EEA, Eurozone (since 1 January 2009), European Customs Union and Schengen Area (since 21 December 2007), OECD, Visegrad Group and other international structures.

Where to go on vacation?

Are you tired of a holiday by the sea in Egypt or the Seychelles? Try something more action-packed and visit the Chernobyl nuclear power plant zone in Ukraine, where a serious accident occurred in 1986. Now the surrounding area is safe for tourists and if you follow the instructions, you are not at greater risk than when skiing or other sports.

Do you need to entertain children?

Do you need to entertain your young children during a long journey by car, plane or train? Then you install simple free java games on their phone, which will surely entertain them. If you do not want to install games, you can offer children free online games on their laptops, or print them out for free. There are really a lot of fun alternatives.

The game is an activity of one or more people, which may not have a specific purpose, but at the same time it aims at joy or relaxation. Games are played primarily for entertainment, but can also be used for education, for example. The role of play in society is dealt with by a science called ludology.

Do you travel with a travel ticket?

The mode of transport is essential when traveling. Sometimes even the transport itself and the chosen means of transport are the destination - the journey is the destination. Especially if you travel with the help of your muscles - when walking, cycling or scooter. It's about sports performance and not about getting anywhere fast. For many people, however, transport itself is a poison that they want to get behind as quickly as possible, so they usually choose the fastest mode of transport, such as a long-haul plane.

If you travel by road or bicycle on an individual means of transport (car, motorbike, bicycle), you should read the regulations and traffic signs in force in your country before leaving. The main differences will be in the maximum permitted speeds on roads and motorways or in their tolls. However, even foreign road traffic signs may differ mainly in the colors of the signs.

A car (abbreviated as a car) is a two-wheeled passenger or freight road motor vehicle. Contrary to this definition, we do not usually include buses among cars. It is one of many means of transport. They are divided according to the type of drive, eg steam engine, diesel, petrol, electric, etc. 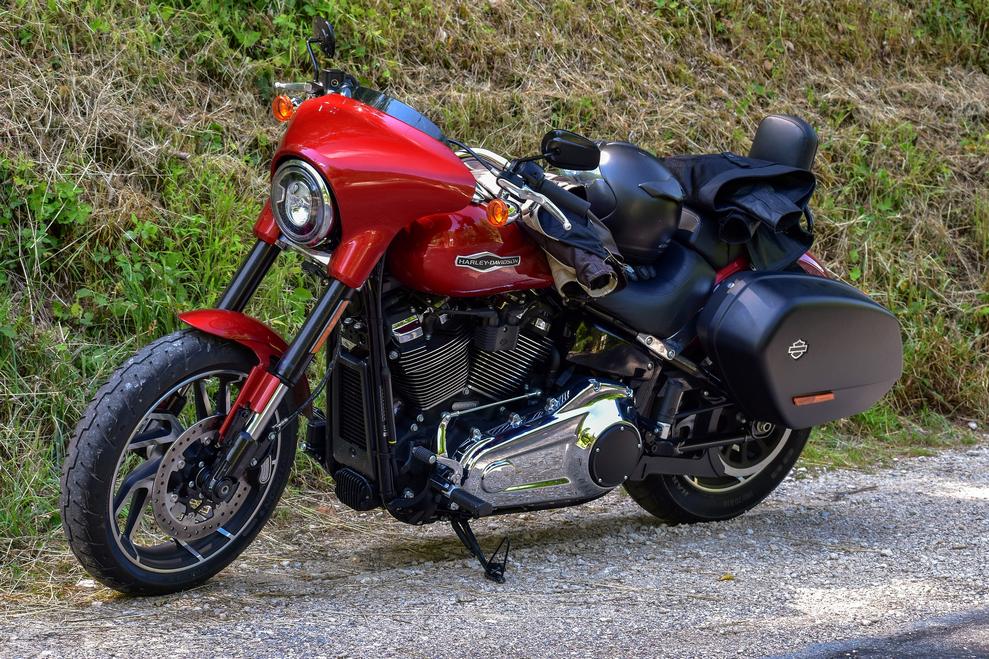 From the saddle of a motorcycle

A motorcycle, colloquially a motorbike, is a two-wheeled vehicle powered by an internal combustion or electric motor. The wheels are located one behind the other and the drive unit (motor and gearbox) between them. The driver sits on the motorcycle astride the direction of travel with the handlebars.

Cycling is cycling for the purpose of exploration, recreation or sightseeing, that is, simple cycling without racing. One aspect of Dutch popular culture is recreational cycling in the countryside. The landscape is flat and full of bike paths, where cyclists are not bothered by any traffic. Many Dutch people take part in an event called Fietsvierdaagse, which is a four-day organized ride. Paris-Brest-Paris is the oldest cycling event, since 1891 to this day it still follows the same scenario, the route is 1200 km on the roads and participants have a 90-hour limit.

Sailing is an experience 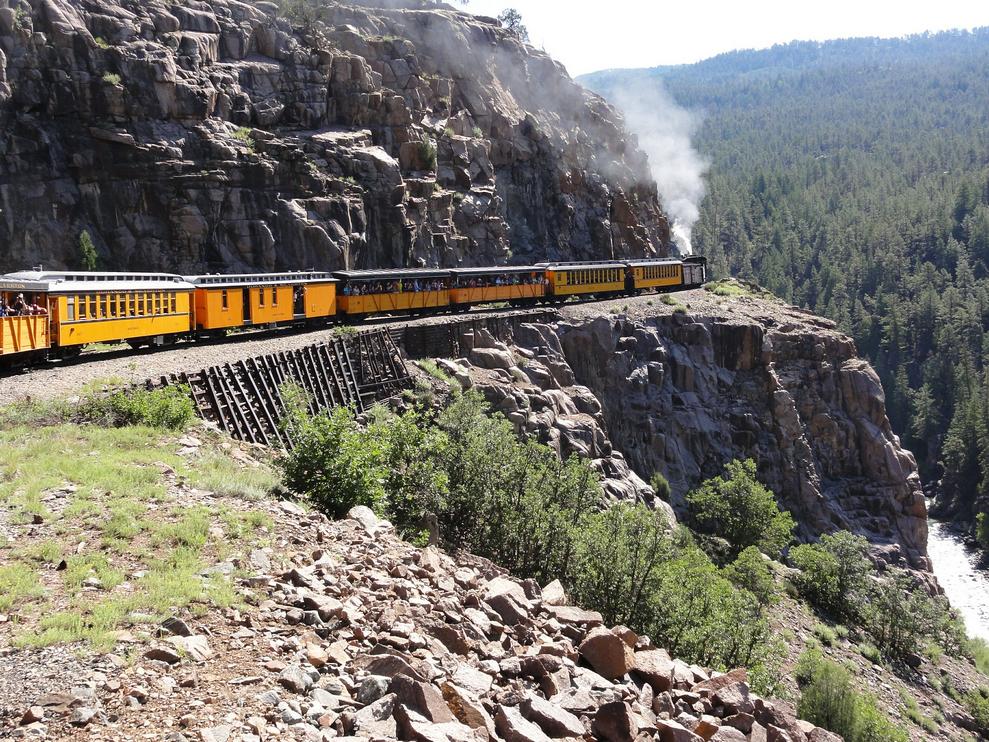 A train is one or more fixed vehicles that are designed to travel on a railway line or other fixed track. However, sometimes the word is also used for off-track trainsets that resemble a rail train in length or appearance (road train, road train). In older Czech, the word denoted the tackle on which something is being towed, from the original story name volk ?, denoting towing. Today's meaning originated as the calc of the German word der Zug (move and train).

The bus is not the most convenient, but it is the cheapest

A bus is a motor vehicle designed to transport a large number of people by road. The bus is mostly powered by a diesel engine and is the cornerstone of modern public transport, ie since the 1950s. 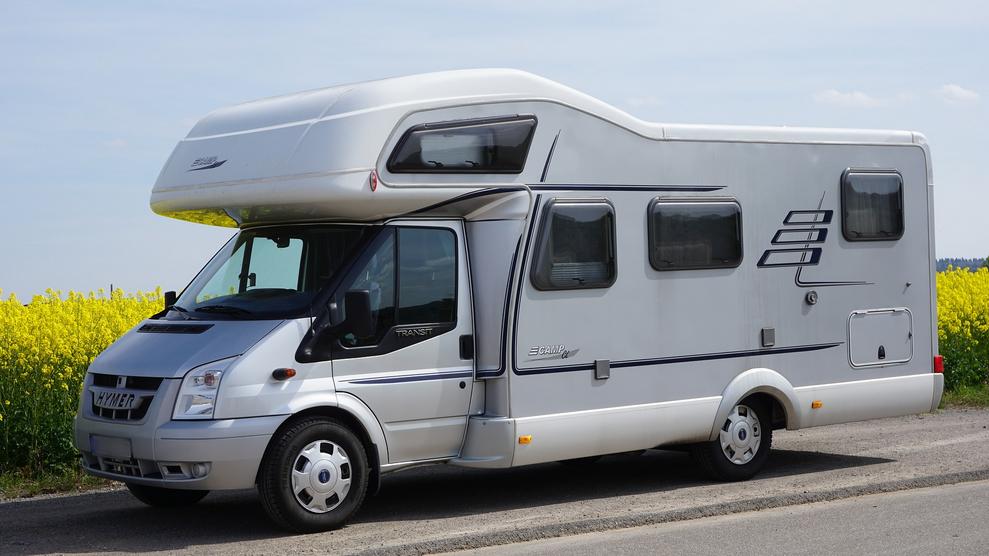 You don't have to deal with a hotel with a caravan

A caravan (caravan) is either part of a cab or a trailer behind a car or other vehicle equipped with a towing device. According to the chassis, related to the total weight, the caravans are braked and unbraked. The braked ones are equipped with a so-called inertia brake.

When traveling abroad, it is useful to know a foreign language, especially English. In addition, it is good to know the meanings of some travel terms. It is also good to get acquainted with the cultural specifics of the country, such as nationalities, so that you can they did not confuse the Persian in Iran with the Arab. It is also good to know the meaning of the word check in at the airport or hotel, for example, so that your plane does not fly and you do not miss your dream vacation.

Do you know the term All inclusive?

Do you know the meaning of the word check-in?

This term is therefore used to describe tours whose start is close and for which a discount is offered. So when we talk about last minute tours, we mean "last minute" tours, or just before they start. This is usually understood as a trip that starts within two weeks and whose price is reduced by tens of percent of the original price. The reason for such a sharp reduction in price is usually the fact that the travel agency failed to sell out free capacity during the year and it tries to minimize losses by selling out the tour at least at the purchase price.